3 Essential Tips For A Move With Less Stress

Are you struggling with the thought of having to move in the near future? Would you stay where you are, but you have no choice due to circumstances beyond your control? Moving can be extremely stressful and taxing for everyone who has to go through the process. When dealing with the turbulence of having to move, it's important to have as many advantages on your side as possible. Some things that you'll want to do, or to start doing as soon as possible, include:

Sort your belongings: Over time, everyone eventually accumulates things that they no longer need or that have broken down. Instead of packing these things up and moving them with you, decide what can be thrown out and what should be donated to your favorite thrift store. Depending on how much stuff you have gathered over the years, you may find that a lot of the things you thought you'd have to move can actually be eliminated. Less stuff to move means less time will be required to move, and you may be able to opt for a smaller moving truck, both of which can potentially save you money as well.

Hire professionals: Whether you have a lot of stuff that needs to be moved or a relative handful, hiring a moving company to take care of the actual move will help to eliminate much of your stress. Many people try to recruit family or friends instead of hiring a moving company, only for nobody to actually show up when the big moving day arrives. When you hire professionals, you are paying them for the assurance that they will be there on time and will stay until the move has been completed. You're also paying for their expertise in moving things, like large appliances or heavy furniture, without causing damage or injury, either of which could happen if you have family and friends assist with your move.

Turn on utilities in advance: Depending on how far you're moving and if you'll be with the same utility companies, it's a good idea to try to get the new utilities turned on at least a week before the actual move. Otherwise, after the moving company drops off your stuff, you could be stuck with a home that has no lights or running water for an indefinite period. The sooner you can get the utilities turned on, the easier it will be to deal with the rest of your move. 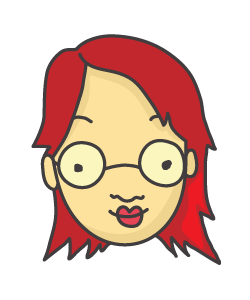 For years, I struggled with the idea of moving, but I knew it was coming. My wife was from another state, so I started focusing all of my efforts on making things better for her. I realized that we would need to move to help her to be close to her parents in their twilight years, and it was really nifty to see how excited she was about the prospect. As we started the moving process, I realized that things would be easier if we used a storage unit, so we moved some of our larger items into a storage facility. Check out this blog to learn more about storage.

Just Moved To An Area That Experiences All Four Seasons? 3 Tips For Renting A Storage Unit - 28 April 2019